Transcript
For over a hundred million years, the stingray has roamed the oceans, an almost mythological animal—extraordinarily graceful and yet considered potentially lethal.

Though not aggressive, the stingray is equipped with a fearsome means of defense—a venomous spine found near the base of its powerful, whip-like tail.

A large ray can drive this spine into a wooden boat or deliver an extremely serious and painful wound.

It’s most dangerous when lying camouflaged in sand.

It moves slowly, foraging for invertebrates hidden on the sea floor.

Because a stingray’s eyes are on top of its head, and its mouth and nostrils below, it can’t actually see what it’s eating.

It finds its food by smell, touch, and by sensing the electrical field of its prey.

The southern stingray is one of some 90 species of stingray. Like a prehistoric bird, its huge fins can reach up to six feet across.

They’re usually shy and elusive animals, hard to get close to. But the warm, clear waters of the Cayman Islands offer something different.

On the north side of Grand Cayman island, swarms of stingrays live inside a protective barrier reef, where the water is calm and shallow.

Nicknamed “Stingray City”…this is one of the only places on Earth where stingrays are used to people.

Here divers can swim alongside the rays, and meet these remarkable animals, face to fin. 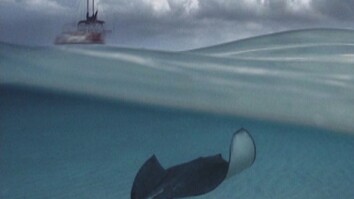 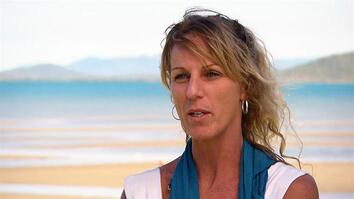 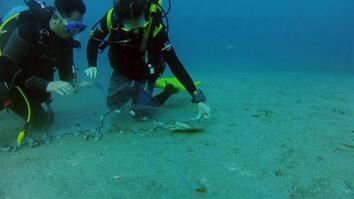