There are places where the serenity of nature should be accompanied only by quiet contemplation.

This isn't one of those places.

From around the world they come to Queenstown, New Zealand, ready to make a leap.

If you've got an addiction to adrenaline, this is no place to kick the habit.

"New Zealand people have a very immediate lifestyle a lot of the time, and that's what people can experience when they come here."

The jetboat is just one of New Zealand's adventure inventions. There's no propeller, so the boat can operate in just a few inches of water.

"These machines, you can spin 'em on a dime!"

Need proof? Jetboats were intended to navigate New Zealand’s shallow rivers, but it turned out they were just as effective scaring the daylights out of customers paying for the privilege.

Not that anyone's complaining.

It seems that nearly every day, another adventure sport is created here.

All this is part of a tradition that goes back to the birthplace of adventure tourism in New Zealand.

It's tough enough to jump at Kawarau, but at other sites in New Zealand, the drop is enough to make adventure seem like lunacy.

At least, that's the theory.

But then, after you've done it once, there's no need to.

In a land that seems made for adventure, the only question may be, what will they think of next? Whatever it is, someone will be ready to take the plunge. 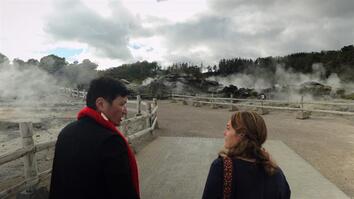 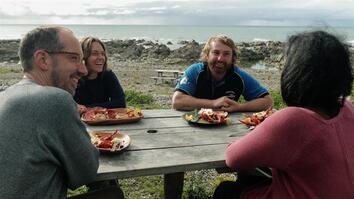 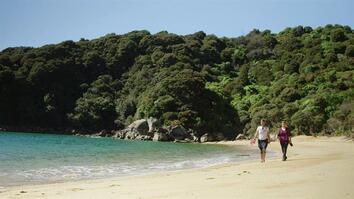