Hi, I’m Patty Kim. Now, as a traveler there are few things in life that you really can’t afford to miss. The Pyramids of Egypt, Machu Pichu in Peru and one of them, for sure, in my books, is Angkor Wat in Cambodia. It’s truly one of the great wonders of the world. A labyrinth of ancient temples so colossal in scale, it’ll leave you breathless.

The Temple of Angkor Wat, the most famous of the Angkor temple complex, was built by a 12th century Khmer king as a funerary temple and eventually his place of rest. But as you can see, the temples of Angkor got a little larger in scale once Khmer rulers realized they didn’t just want to use this place merely as a way to bury the dead, but to portray, through the architecture, the entire celestial world.

The proportions will knock you off your feet. This so called city of temples stretches out over hundreds of acres. It’s surrounded by a moat that’s larger than the width of a football field. Just walking to the central shrine across the moat along the main causeway is guaranteed to make you feel very small. It’s truly a humbling experience.

At the end, the temples you see in front of you soar skywards – evoking a central theme of Angkor Architecture – that of mythological Mount Meru, the center of the universe.

After you tour the main galleries, hop into cab and head on over to the walled city of temples, Angkor Thom, just to the north of Angkor Wat. This magical city will be one of the highlights of your trip to Cambodia.

If you ever wanted to get a sense of the mythical, just take a look around here. This is where you see roots of gigantic trees wrapping themselves around the entrances to the temple… something straight out of a scene in an Indiana Jones movie. You know adventure awaits and it does. Giant faces of Buddhist deities watch over you as you walk in.

The stories of the lives of the city’s ancient inhabitants are etched in every nook and cranny. There are scenes of war and daily life. Some of the best and most exquisite reliefs in all of Angkor can be found right here.

But the jungle is also here, weaving its story into the stone work. 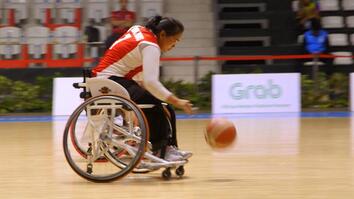 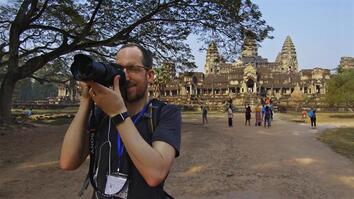 Go behind the scenes with illustrator Christoph Niemann 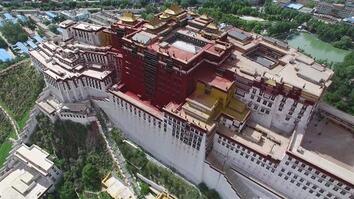