Sample the best of Moroccan culture in Djema'a al Fna, where fortune-tellers, street preachers, and storytellers have shared their talents since… more

Sample the best of Moroccan culture in Djema'a al Fna, where fortune-tellers, street preachers, and storytellers have shared their talents since the 11th century.

If you've ever wondered what makes the cobra dance, this is the place to find out.

For Marrakech's street performers, an ordinary afternoon means out of the ordinary entertainment.

Enchanted serpents are just a small part of the action on Djemaa el Fna square.

Just inside Marrakech's ancient ramparts, this is a cultural crossroads of a very theatrical kind.

It's Marrakech's answer to the three-ring circus, and it's been showtime here every day since the 11th century.

Every afternoon Djemaa el Fna transforms itself into a festival of sights and sounds.

It used to be that every city in Morocco had a place like this, a sort of entertainment free-for-all in the center of town.

But the country has moved into the TV age, and people are leaving the old ways behind.

Now, Djemaa el Fna is the only one left.

Ouidad Tebba works to protect this unique part of Marrakech's culture as part of a grassroots organization dedicated to the square.

There's something for everyone.

Street preachers give sermons on the Koran, while fortune tellers read the stars.

But when Marrakechis want to just sit back, relax and listen...

They turn to the storytellers.

The son of a rich merchant is advised by his dying father to live a virtuous life.

But he falls victim to temptation, and suffers the consequences.

Old men and young boys gather around, hanging on his every word.

Sample the best of Moroccan culture in Djema'a al Fna, where fortune-tellers, street preachers, and storytellers have shared their talents since the 11th century. 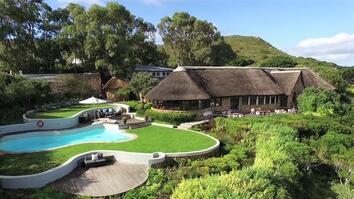 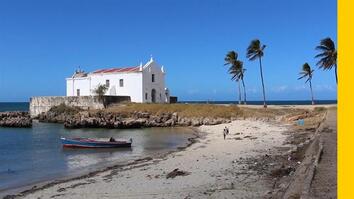 Travel to a Paradise Island, Frozen in Time 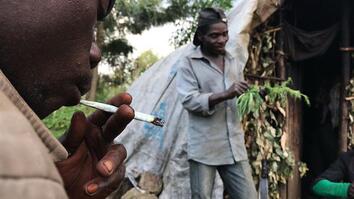