“This is not really our land…(SYNC) There’s our land in the park…(V/O) That’s our land.”

Eighty-two year old Feke Kuiper and her sisters Kees and Katrine were born in the Kalahari in southwest Africa.

They’re Khomani San, part of a group of people who have been living in this region for perhaps thousands of years.

And they want to go home.

“When we were consulted…(SYNC)...we asked for our land back.”

The sisters and their people were driven off their land after South Africa established the Kalahari Gemsbok National Park in the 1930’s.

Witdraai – their home – fell within its borders…

Some of their people were persecuted…

The animals of the Kalahari flourished…

The San did not.

“A mob burnt down our homes…My father was already lying dead at Witdraai. Then we, the Bushmen, were scattered as we are now. Living apart.”

In 2002 the Khomani San settled an historic land claim.

Now, after sixty years in exile, Feke, Kees and Katrine, are going home.

“Now we are coming home, we dance for joy as we walk.”

“Police station! This is Witdraai. My father had this land.”

The sisters’ return heralds the start of a new conservation movement – one that recognizes the rights of displaced people to have a say in how Africa’s parks are run.

Huge conservation zones are in the works for southern Africa.

Already open, the Kgalagadi Transfrontier Park has merged the Kalahari Gemsbok National Park with a neighboring park in Botswana.

At the same time, people like Feke and her sisters can finally go home.

They will share their traditional knowledge with the next generation… 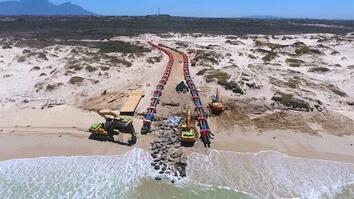 How Cape Town Is Coping With Its Worst Drought on Record

Risking Arrest, Pygmies Deal Weed to Survive in the Congo 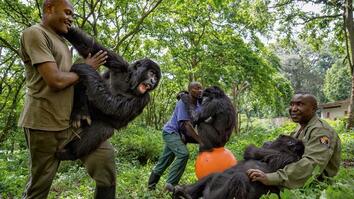