There's more to Mardi Gras in New Orleans than just one day or just one parade. Visit behind the scenes as preparations begin days, weeks and even… more
X

There's more to Mardi Gras in New Orleans than just one day or just one parade. Visit behind the scenes as preparations begin days, weeks and even months in advance of the big celebrations.


Transcript
New Orleans’ Mardi Gras is more than just a celebration before the Christian season of Lent begins.

In this city, preparations for the big day begin weeks and even months in advance.

Early mornings are nothing new for bakers, but the pre-dawn workload grows during carnival season.

From January 6th through Fat Tuesday, New Orleans Cake Café and bakery is a beehive of activity, where they make as many as 50 king cakes a day. Here, they make non-traditional goat cheese and apple stuffed cakes.

“You can’t take it lightly. And you have to know the King Cake is the calling card for your bakery. There’s very old-school King Cakes in New Orleans. They’ve been at it 50, 60, 100 years some of them, and they have a loyal following.”

The old-school king cake has a tiny baby or other trinket baked inside, and whoever gets the trinket has obligations, such as buying next year’s king cake. Here, the baby goes on the outside.

“The King Cake is a traditional New Orleans Mardi Gras pastry. You’ll find pastries like this all over the country and all over the world, and they’re only served for a certain season during the year.”

In another part of town, Sally Hedrick and her son are making 150 or more ornate costumes. These are for the social organizations throwing the lavish balls and parades. Some may go fore more than three thousand dollars.

“As rewarding to see the women in these costumes gleam, but it is more rewarding to the men because a man doesn’t get to dress up in beautiful clothes. He’s usually in a tuxedo.”

Hedrick works on costumes year-round –refurbishing ones that took a bit of a beating during last year’s Mardi Gras celebrations, and creating new works.

For a look back at years’ past, the Louisiana State Museum lets visitors see more than a century and a half of New Orleans’ Mardi Gras traditions.

“The oldest item in the Carnival collection is something that we were very fortunate to acquire just a couple of years ago. It’s a ball invitation that dates to the 1850s”.

The Carnival Exhibit at the museum on Jackson Square only shows the tip of the iceberg.

However, the museum’s warehouse periodically offers tours, where visitors can see the thousands of costumes and other items.

“The way that we celebrate Mardi Gras now and for the last 150 years, revolves around what we call the krewe system. There are all these clubs that exist that are called Mardi Gras krewes. And the krewes are the ones that give the parades and the balls every year.”

For the dozens of krewes − spelled with a ‘k’ − lavish balls highlight Mardi Gras.

The Knights of Sparta Krewe was founded in 1951. For the last 30 years they’ve paraded in the city, and currently host a masquerade ball and parade that falls on the next to the last weekend of carnival season.

The krewe’s captain does not publicly reveal his identity. He says it isn’t about secrecy.

SOUNDBITE: CAPTAIN OF KNIGHTS OF SPARTA:

“I wear the mask, however, because it is the tradition of Carnival to mask, to hide one’s identity because when I represent my Carnival krewe, the Knights of Sparta, I am simply the captain. One should not know my name or who I am.”

Belonging to or leading a krewe takes a big commitment.

SOUNDBITE: CAPTAIN OF KNIGHTS OF SPARTA:

“Is very costly to the members of the organization paying dues, buying the trinkets − the throws as we call them − to throw off the floats, ball gowns for the ladies, tickets to different functions. And we do it because of a sense of tradition.”

As Fat Tuesday approaches, warehouses throughout the city come to life. ‘Float dens,’ as they are called, house the floats that can cost hundreds of thousands of dollars to construct. It can take a month or more to build and decorate the elaborate floats, some of which date back to the early 1900s.

“It’s part of the economy here too. It puts a lot of people to work. To make a float like this, you need carpenters, you need artists, you need welders, you need tire people, you need mechanics. It’s a lot involved.”

And a final vital ingredient for Mardi Gras is the music. Grammy-winning artist Irvin Mayfield.

“You are a leg on the table that helps the table stand up. The music, the food, the people. For a young musician, you wouldn’t start playing because of Mardi Gras necessarily. But if you are a musician, you will be involved in Mardi Gras a certain way.”

Most New Orleans natives say anyone hoping to understand Mardi Gras needs to come back often and stay awhile, not just for one day.

There's more to Mardi Gras in New Orleans than just one day or just one parade. Visit behind the scenes as preparations begin days, weeks and even months in advance of the big celebrations. 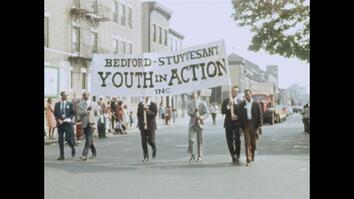 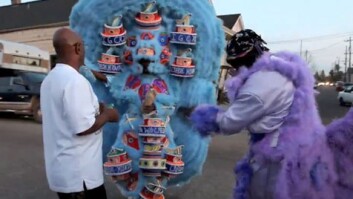 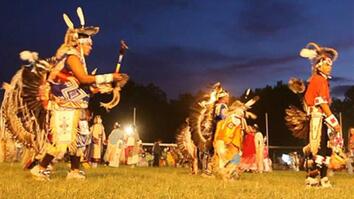