We'll get to that in a second.

It eats mostly harvester ants, but it doesn't have any fancy hunting methods.

When a foraging column of ants crosses its path, it laps them up.

The ants try to fight back, but their mandibles are of little use against the lizard's scales...no matter how hard they try.

But a coyote is a different story.

And that's when the lizard rolls out its weird defense.

It fires its own version of pepper spray.

Thin blood vessels around the eyes rupture under pressure, and squirt blood out at the attacker.

In addition to the ick factor, the blood contains canine-repellant chemicals.

Disgusted and weirded out, the coyote flees.

Leaving the lizard to wait for more ants. 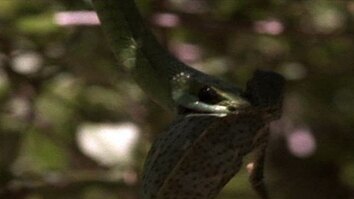 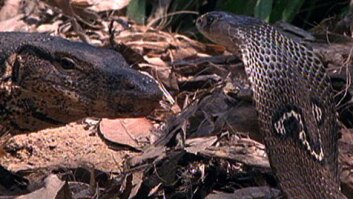 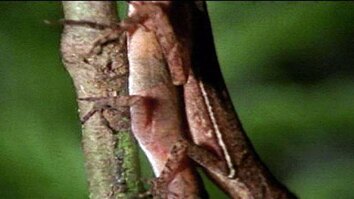