Hi, I’m Patty Kim. Now for a new and unique travel destination. A place where the beaches aren’t golden; the weather is definitely not warm; and the locals… well, let’s just say they’re a pretty unruly bunch. But that doesn’t seem to faze travelers who heading in growing numbers to the far reaches of Antarctica.

It is a land of colossal size and extremes. Encompassing over 5 million square miles, Antarctica is larger than Europe or Australia. Its thick ice sheets hold 70% of the Earth’s fresh water…yet with a yearly average of only 2 inches of precipitation; it is also the world’s largest desert. Antarctica is the windiest and coldest place on Earth. Average temperatures here range from the negative nineties (-90’s) in winter, to above freezing in the summer along the coast.

Tourist journeys to world’s frozen south most often begin in Ushuaia, Argentina or Punta Arenas in Chile, though trips can also be made from New Zealand, Australia, or even Cape Town, South Africa. Tours often take place during Antarctica’s summer, between November and February, when the pack ice is at its lowest and wildlife is most active.

Even before making landfall, you can witness sights found almost nowhere else on Earth. Gigantic icebergs, carved by the wind and the sea into floating caverns, soaring towers and stately arches.

For a closer look at the bergs, tourists can travel by zodiac raft or sea-kayak through a maze of ice and ocean. While out there, don’t be surprised if you come face to tail with some of the large denizens of the deep – humpback whales at their summer feeding grounds…orcas on the prowl…seals big and small…and the most famous resident of the South Pole…the penguin.

Several species of penguins live in the Antarctic. Throughout the year, the birds breed and lay their eggs. Colonies sprout along the coastlines.

In addition to spotting wildlife, you can trek past majestic mountains… Visit scientific research stations and explore historic huts left behind by daring early adventurers. And marvel at a land that is still truly wild. 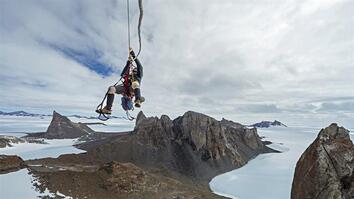 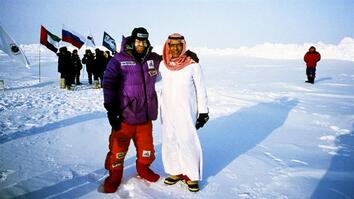 NG Live!: Sheikh of the Arctic 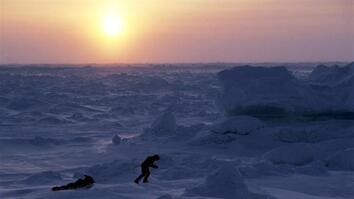