In New Mexico, the Mescalero Apache reservation prepares for a coming-of-age ritual. Over the span of four days, young Apache girls will pass… more

Narrator: Beneath White Mountain, in New Mexico, the Mescalero Apache reservation prepares for a coming-of-age ritual. Over the span of four days, 13-year-old Dachina Cochise will pass through ancient tests of strength, endurance, and character that will make her a woman.

Narrator: The Mescalero Apache hold the ritual every Fourth of July. It’s a grueling ordeal, intended to prepare girls for the trials of womanhood.

Melette: When she was a little girl I knew this is what I wanted to have for her.

Narrator: Dachina’s mother, Melette, has spent more than a year preparing for this week of ceremony. Family members and friends will help her feed and care for more than fifty guests.

Narrator: The family’s most important task is selecting Dachina’s medicine woman. Zelda Yazza will instruct Dachina in the ways of traditional Apache womanhood.

Narrator: The four-day ceremony encapsulates the Apache creation story. Dachina will move through the stages of life…infant…child…adolescent…woman…culminating in an all-night dance that will test her endurance.

Narrator: The ritual begins with the rising of the morning star. The ceremony requires Dachina to live by strict rules.

Narrator: These four days mean little sleep, scant food and the need to set aside emotion. Throughout the ordeal, she must wear a face of stoic resolve.

Dachina: I feel really excited and happy even though I can’t smile. But I’ll try to show it in some way.

Narrator: Before Dachina joins the other girls she is blessed…dusted with pollen, the symbol of fertility.

Narrator: The girls start their journey in a sacred teepee built by their male relatives.

Zelda: Let’s go right now. They are putting the teepee up!

Narrator: The basket is filled with pollen and other ceremonial objects. As their ancestors did, the girls run toward the rising sun…circling the basket four times to mark the four stages of life.

Narrator: The fourth and final day brings Dachina to the cusp of womanhood. She ascends the hill to pray to the mountain spirits for a long and successful life.

Narrator: With darkness near, it’s time to dance beside the ceremonial fire. Dachina and the other girls will dance all night long, much of the time hidden in the big teepee.

Narrator: More than ten hours later, Dachina is still dancing. The medicine men greet the sun, a signal that the final test is near. The girls’ faces are painted with white clay symbolizing the goddess. On their last circuit around the sacred basket, the girls wipe away the symbolic clay. With the falling of the teepee, their rite of passage is complete.

Narrator: Her community gathers, acknowledging that this girl has earned the right to live as a woman of the tribe. As an Apache woman, Dachina serves as a symbol of her culture, renewing and protecting a way of life that’s in danger of vanishing. 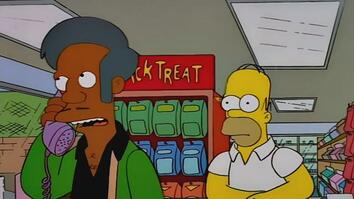 After Decades of Brownface, South Asians Fight for Better Representation 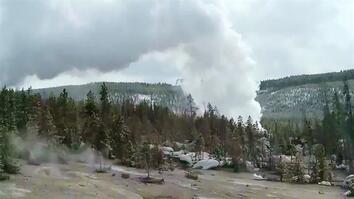 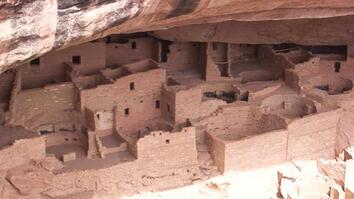