The mix of moonlight, tide, and temperature triggers an extraordinary explosion of life in these waters. When the conditions are just right, divers… more
X


Transcript
Under the light of the summer moon, the waters of the Gulf of Mexico and the Caribbean Sea produce one of the most extraordinary explosions of life on the planet.

With a ballet-like precision, brain and star corals release millions of eggs that float to the surface like luminous pearls from the dark depths of the sea. Within minutes, a smoky cloud of sperm follows.

Each species of coral has its own moment to find a mate -- when the water is warm, the currents gentle and the moon just right.

Should the conditions be less than perfect, some coral can delay spawning for almost a month.

But if all goes well, the fertilized eggs will develop and eventually contribute to building a new reef.

The moon also triggers the spawning of dog and cubera snappers. They gather in great masses, forming a column or cyclone of fish that spins upward toward the surface light.

In the mating ritual, the cubera females hang upside down – and turn white to attract males. A single female can deposit tens of thousands of eggs a night, but only a lucky few survive.

The abundance of fish eggs is good news for whale sharks, who come here to feast on cubera caviar.

The mating rituals of the cubera snappers have nothing, though, on squid. They compete for the attentions of a female with a display of ever-changing color.

Their cousins are hunted by sperm whales, who dive into bone-crushing depths to catch them. The whales need the nourishment, particularly when nursing their newborn calves.

For the yellowhead jawfish, reproduction is a little different. After successfully mating, the male is left to deal with the eggs. He holds them in his mouth for five days until they finally hatch.

Lured by the same mix of the moon and the tides and the temperatures, nurse sharks carry out an elaborate mating dance, spinning and twisting in a frenzy of movement. Nurse sharks can give birth to large litters of as many as 20 to 25 pups.

Life is rich and productive in the warm waters of the reef systems of the Gulf and Caribbean waters.

But it’s an ecosystem in danger. Human activity has caused the disappearance of 80 percent of the hard coral cover for the reefs. Agricultural runoff has created dead zones in the Gulf of Mexico, with oxygen levels too low to support life.

The marine life here is in trouble, but there is still hope that with care and protection, the health of these waters can be restored. 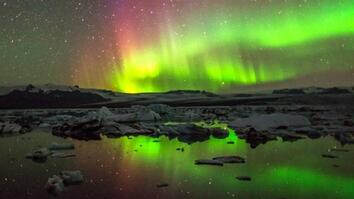 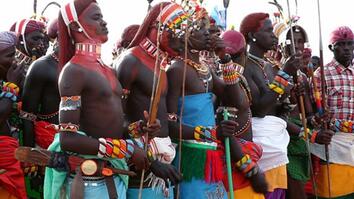