Transcript
If you’ve got an appetite for a vacation filled with gorgeous beaches, sangria under the sun, and a vibrant urban scene, then there’s one choice that’ll fit the bill, Spain.

Hi, I’m Patty Kim. More than 50 million people visit Spain every year, to gulp down the sunshine, the music, the art, the bold architecture, and the platefuls of paella that make up Spain’s contagious passion for living.

In 1975, after 35 years of General Franco’s Fascist regime, King Juan Carlos I took power and propelled Spain into an era of freedom and democracy. Today, cities like the capital, Madrid, and Barcelona are cultural centers, buzzing with life day and night.

And at over 2 thousand feet, Madrid is Europe’s highest capital. Located here, is the royal palace, the largest in Western Europe. It became the royal residence in 1561, was rebuilt after a fire in 1734 and today, is used only for ceremonial purposes. Spain’s rich history can be seen all over Madrid; from the Plaza de Cibeles to Don Quixote to the Museo del Prado where you’ll find works by Velasquez, Goya, and El Greco.

Northeast of Madrid is Barcelona, the second largest city in Spain as well as the capital of the Autonomous Community of Catalonia. In the streets of Barcelona, not only will you hear Catalan as well as Spanish but you’ll also be surrounded by the work of artists like Miró, Picasso and Gaudí. Architect Antoni Gaudí’s buildings can be seen all throughout the city. His last project, Sagrada Familia, is a massive church that has been under construction since 1882. Some people expect it to be completed around 2041.

One of the most delectable ways to get a sense of Spain is through “tapas,” traditional appetizers that keep you going until dinner, which rarely happens before 10 pm.

Bullfighting is a fiber deeply woven into the Spanish cultural tapestry. With origins dating back thousands of years it is both ritualistic and ceremonial. While protested by some as a cruel pastime, brave souls who wish to experience bullfighting firsthand should venture to a Plaza de Toros, or Bullring, the most famous of which are in Madrid and Seville, where only the best matadors are allowed to flaunt their artistry. That’s right. For fans, bullfighting is not a sport but an art.

Another deeply Spanish cultural performance is Flamenco. Flamenco is a form of song, guitar playing and dance that embodies the complex soul of Andalucia, a region in southern Spain. If you listen closely, you can hear Arab, oriental and gypsy influences blending together to produce this world renown sound. And if you’re really lucky, you might catch a dash of flamenco not on a stage but in its rawest, most authentic form as a spontaneous outburst late at night in a backstreet bar. Most experts believe Flamenco originated between the 9th and 14th century when gypsies arrived from north India, via Egypt, and Eastern Europe and fused their music with cultural arrivals from North Africa.

In addition to influencing Spanish music, the North African Moorish presence in Spain has shaped Andalucian architecture. In Granada, Alhambra, derived from the Arabic for "red” is a palace and fortress complex built for Moorish monarchs.  The Mosque, in Cordoba, though now a Catholic Cathedral, once stood as the second largest mosque in the world.

Wherever your travels may take you in Spain, most likely at every turn, you’ll encounter that Spanish spirit, a passionate force, with a flair for drama. 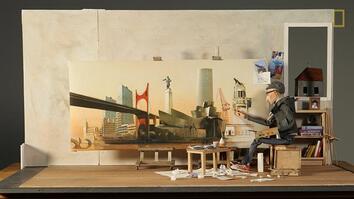 An Artist's Portrait of His Spanish Hometown Bilbao 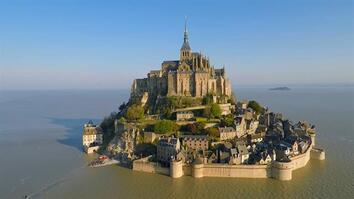 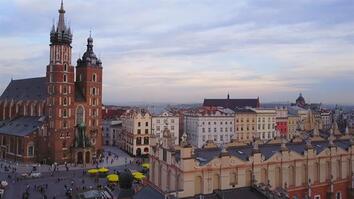