"It’s like if you contact gorillas enough times, then they start reacting to your presence rather than only avoiding you and running away with fear. If you do that, they get a bit angry, then you lose them, and then for like two weeks, you don’t find them anymore. After you’ve found them again, then you have to start all over again. "

But even after five years, it can still take hours just to find them.

This guy is bent. You see him? He’s bent, so somebody went this way.

The trackers start making a special noise to let the gorillas know it’s us.

"Mlima, Matata and Ndimbalimba--they know the clucking very well. And if you didn’t do it, they’d think you were someone coming to kill them."

We know we’re close, but where are they?

You can actually smell the silverback. It’s a really strong, distinctive odor, so we’re really close.

Even from 15 feet away, it’s nearly impossible to see them.

Then something goes wrong.

The sound is chilling.

"All I know is that gorillas were coming out of everywhere and I just, just went down as quickly as I could. But it seemed like every direction I looked, there was a gorilla coming out. And then I saw him duck down, and I was like, “I’m ducking right back down with him.”

It seems he'd prefer that we weren't around. 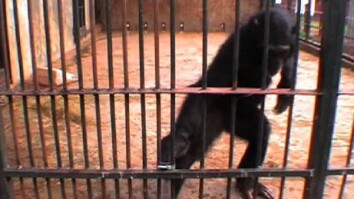 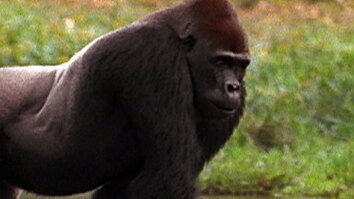 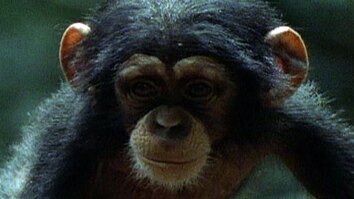