The carrier of a devastating flu virus could be as innocent as a child. She could be returning home with her family from a vacation.

On the flight, every cough she makes, every touch she makes, could transmit the virus she now carries.

Early symptoms of a flu virus are like the common cold. It could be hours or days before more serious symptoms become apparent.

No one, not her parents, or other passengers, would suspect this little girl could be ground zero for a worldwide pandemic.

Flu viruses kill people every year, but about once every generation, a flu pandemic kills millions.

Perhaps the most serious recorded flu outbreak began in 1918. Close quarters of World War I soldiers provided opportunity for human-to-human transmission. And their migration to the war zones meant mixing with civilians around the world. Victims bled internally – and the lungs filled with fluid, sometimes ‘drowning’ the patients.

Over 50 million people died from this influenza… at least 30 million more than were killed in the war.

The U.S. Centers for Disease Control has released images of the swine flu virus that is believed to have originated in March, 2009 in Mexico. Though swine influenza does not normally infect people, there have been sporadic previous human infections.

But this strain is new.

How does a flu virus attack?

A protein spike on the surface of a flu virus is the key to breaking into a human cell. Our immune systems recognize the spikes of common flu viruses previously contracted, and block them, but a new, unknown virus goes undetected, and enters the human cell.

The virus’s genetic material enters the cell’s nucleus, and can make it clone hundreds of thousands of new viruses.

Then, the virus’s protein enables the release of new viruses that attack and take over more cells.

The human immune reaction sends out cells and chemicals called cytokines to attack the virus in the lungs, but they cause severe inflammation.

The virus itself may not kill its host, but inflammation can cause blood and other fluids to buildup in the lungs, and the patient actually drowns.

Backyard farms like this could be the link that allows swine or avian flu to jump from animals to humans.

When influenza viruses from different species infect pigs, the viruses can reassort, or swap genes.

Flu viruses are made up of RNA, forever changing genetic material. By mutating, the RNA could make the virus less dangerous, but it could also make it more deadly under the right conditions.

New strains can emerge, that are a mix of swine, human and avian influenza viruses.

And once human-to-human transmission is established, with our jet-setting lifestyles of today, it could be only a matter of days before the virus can be taken around the world, creating a pandemic. 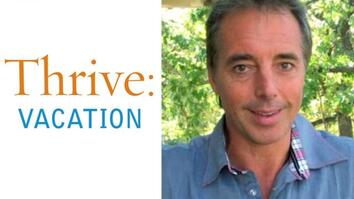 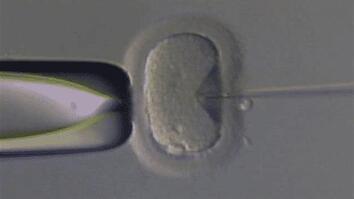