Chimpanzees are smart, agile and crafty – and when they’re hungry, they can be lethal, as you’re about to see.

Here in Tanzania, Africa, these chimps are hunting their next meal: Monkeys!!!

But Colobus monkeys are worthy adversaries, able to stand their ground against predatory primates almost four times their size!!!

To try and outwit their pursuers, the Colobus lure the chimps higher and higher into the trees, where the smaller, lighter Colubus have an advantage – they can balance on branches the chimps would break.

This male Colobus holds his tail just barely out of the hunter chimp’s reach...

Giving the ahem! ‘women and children’ time to escape.

Watching the chimps chase these Colobus is like watching the action-adventure version of a great chess match – with stakes of life and death.

Below, a female chimp follows the action. No question who she’s rooting for.

This chimp is named “Frodo.”

But the Colobus isn’t afraid of racking up a little ‘hang time’ himself.

After all, these little guys can make huge leaps – even as high as 50 feet into the air!

Then, a wrong move – a Colobus leaps into the arms of death.

And the victors whoop it up good.

The young hunter displays his kill...

Only to have the dominant chimp confiscate his prize. I guess these chimps are like the National Football League – no showboating here, especially when the tribe is hungry. 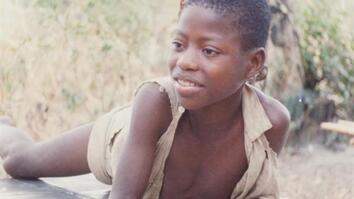 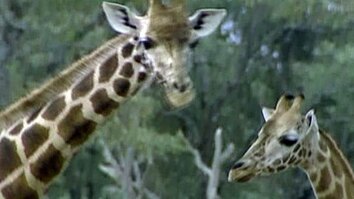 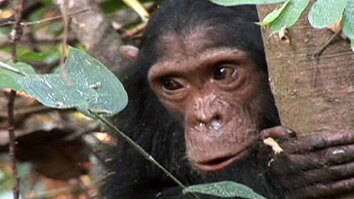